From a blog in the Atlantic 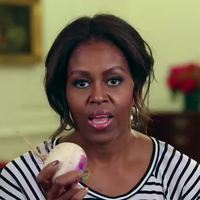 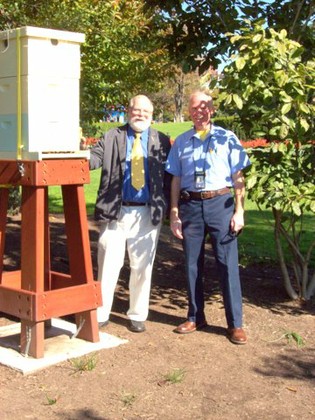 Michelle Obama was in top reassuring-mom mode Friday morning, as she delivered the keynote speech at the Partnership for a Healthier America’s annual summit.

“I want to be very clear: You all did this. Not me,” the first lady told the hundreds of anti-obesity crusaders crowded into the ballroom of the Renaissance Hotel in downtown Washington. “I might have added a little sparkle of publicity, but you all did the work.”

Launched in 2010 in conjunction with her Let’s Move! campaign, the Partnership for a Healthier America has been a key part of Obama’s war on fat. PHA works with corporations and nonprofits to increase access to healthy food choices and physical activity. Over the past six years, it has clocked some significant wins (calorie cuts in processed foods, more fruits and veggies in convenience stores, healthier snacks in day cares), thanks in no small part to the high-wattage first lady, who has served as the group’s honorary chairwoman, chief cheerleader, and most powerful lobbyist. At the heart of Obama’s message to this year’s summit participants: None of that will change when she leaves the White House in January.

“The truth is, that it actually doesn’t matter where I’m sitting eight months from now. What matters is that we all keep standing together on behalf of our kids,” she said. “While next year I will no longer be first lady, I just want you to know that I will always be here as a partner in this effort.” At this, the ballroom erupted in grateful applause.

Obama went on for about 20 minutes, and the crowd came roaring to its feet with her closing call to arms: “I’m in this! And I’m in this for life—I’m in this until we fix this! So today I want to ask all of you: Are you in this with me?”

It was, on the whole, a solid pep talk. That said, the very fact of it was a reminder that the anti-obesity movement’s biggest champion is about to lose her unique bully pulpit.

It is a bittersweet fact of politics: First ladies move on, leaving behind their pet projects and the web of organizations and people that support them. Come January, Michelle Obama will pack up her trainers and her boxing gloves. She will take a farewell stroll through her beloved veggie garden, and then she will hand the keys to the East Wing over to someone else. Regardless of who that someone turns out to be—Melania, Bill, Jane, or the spouse of some GOP white knight still TBD—that person will blow into the office with new priorities and a new signature issue upon which to bestow his or her “sparkle.” For her part, Obama will continue to hawk veggies and do her pushups (those guns are still a marvel!), but it just won’t have the same snap once she’s not doing it from the White House.

Larry Soler, president and CEO of PHA, assures me that this will not be a problem. The upside of knowing exactly when the spotlight will shift, he says, is that you have the time, space, and incentive to think ahead. “Obviously we’ve been planning for this for awhile,” he says, noting that 18 months ago, PHA began “a strategic planning process” that included hiring an outside firm to find out “what other stakeholders were thinking” and “what other groups who had gone through [similar changes] had done.” Soler and his board have spent a lot of time “visualizing,” and prepping for, a post-first-lady future. Among other goals: Keep the star-power burning by growing the stable of kid-friendly celebrities pitching the healthy eating cause. NBA phenom Steph Curry is already a booster of the partnership’s FNV campaign. (That’s nonprofit for “Fruits and Veggies”). Soler and Co. are constantly thinking in terms of, as Obama challenged in her speech, “Who’s going to be our next Steph Curry?”

Specific strategies aside, PHA believes that, after six years, the movement has enough momentum to be self-sustaining. “This has grown beyond just one person,” says Soler. “It’s now a cross-sector movement and is being driven by so many different things.”

Chief among those drivers? Public demand. “It is numbers one, two, and three in terms of what’s the most important factor here,” says Soler. Consumers want healthier choices, and that has a direct impact on the private sector’s bottom-line. (Some of the biggest changes, he notes, are in the beverage industry, where soda consumption is declining and water consumption is on the rise.) Companies are looking for “the win-win of improving health but also selling more products,” he tells me. “Consumer interest has moved so much over last five years,” he notes. “You can’t talk to a major food company CEO without hearing them show concern about products.”

The landscape has undergone a radical transformation in terms of public awareness, agrees Risa Lavizzo-Mourey, head of the Robert Wood Johnson Foundation (one of PHA’s founding funders). The foundation started studying the obesity epidemic in 2003, Lavizzo-Mourney tells me. Back then, she recalls, people couldn’t even agree that there was a problem, much less how to tackle it: “We’ve gone from really being in denial about the importance of the problem to people being onboard with trying to develop solutions that cross sectors and recognize that everyone has to be involved.” Most importantly, researchers are now “actually seeing changes in the weight of kids—particularly among the youngest kids,” she notes. “The momentum has been huge, and a big part of that is the private sector stepping up and saying, ‘We are part of the solution.’”

What’s more, the problem is simply bigger than one front woman. “This is such a big challenge that who could be owning it?” says Mariano Lozano, president and CEO of the yogurt giant Dannon, one of PHA’s partners. (In 2014, Dannon signed a contract with PHA that set target levels for sugar, fat, and nutrient content in its products, especially those aimed at kids.) While Obama has been amazing at galvanizing public support, “it is difficult to see that this belongs to the First Lady,” says Lozano. “The PHA folks and the Let’s Move! folks, they created a dynamic that [can’t] be stopped. It’s only going to accelerate.”

None of which is meant to downplay Obama’s contribution to the cause. “She has in a lot of ways created a new market that we can build on going forward,” says Lavizzo-Mourney.

But advocates have always known the cachet of the East Wing was a temporary gift that they had to squeeze the most out of while they could. “This was a once-in-a-lifetime opportunity to impact the issue,” says Soler. “I’ve always felt from the beginning that, if we can get enough runway here in the first eight years, we can keep the movement going for a long time into the future.”