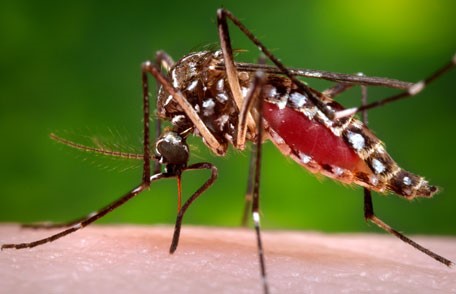 The fungus does not pose a risk to humans and early test results showed it’s also safe for honey bees and other insects, according to the study from the University of Maryland (UMD) and colleagues from Burkina Faso, China and Australia.

The fungus involved in the study is known as Metarhizium pingshaensei, a natural killer of mosquitoes that was originally isolated from a mosquito.

Previous evidence suggests that the fungus is specific to disease-carrying mosquito species, including Anopheles gambiae and Aedes aegypti.

When spores of the fungus come into contact with a mosquito’s body, the spores germinate and penetrate the insect’s exoskeleton, eventually killing the insect host from the inside out.

However, the fungus requires fairly high doses of spores and a large amount of time to have lethal effects.

To boost its deadly power, researchers engineered the fungus with several genes that express neurotoxins from spider and scorpion venom — both alone and in combination with other toxins.

Then, they tested the engineered fungal strains on wild-caught, insecticide-resistant mosquitoes in Burkina Faso.

Each engineered strain killed mosquitoes more quickly and efficiently than the unaltered fungus, but the most effective strain used a combination of two toxins, one derived from the North African desert scorpion Androctonus australis and another derived from the Australian Blue Mountains funnel-web spider Hadronyche versuta.

“Our most potent fungal strains, engineered to express multiple toxins, are able to kill mosquitoes with a single spore,” Brian Lovett, a graduate student in the UMD Department of Entomology and a co-author of the paper, said in a statement.

“We also report that our transgenic fungi stop mosquitoes from blood feeding. Together, this means that our fungal strains are capable of preventing transmission of disease by more than 90 percent of mosquitoes after just five days.”

The researchers inserted a genetic “switch” in the fungus that ensures the toxin genes can only be activated in the blood of insects. As a result, the fungus will not release the toxin into the environment.

To further ensure the safety of non-target insect species, they also tested the engineered fungal strains on honey bees and found no bees had died as a result of the toxin-boosted fungus in their tests in Burkina Faso.

Next, the researchers planned to expand their on-the-ground testing regimen in Burkina Faso and hoped to deploy the spores in the field, on wild mosquito populations, eventually.

The findings were published online in the journal Scientific Reports.