German scientists primarily based out of the University of Hohenheim have stumbled upon a simple solution that could deal a blow to honeybees' greatest threat. They've found that a tiny dose of the compound lithium chloride kills Varroa destructor mites without harming bees.

The scientists detailed their incredible findings in the January 12th publication of Scientific Reports. 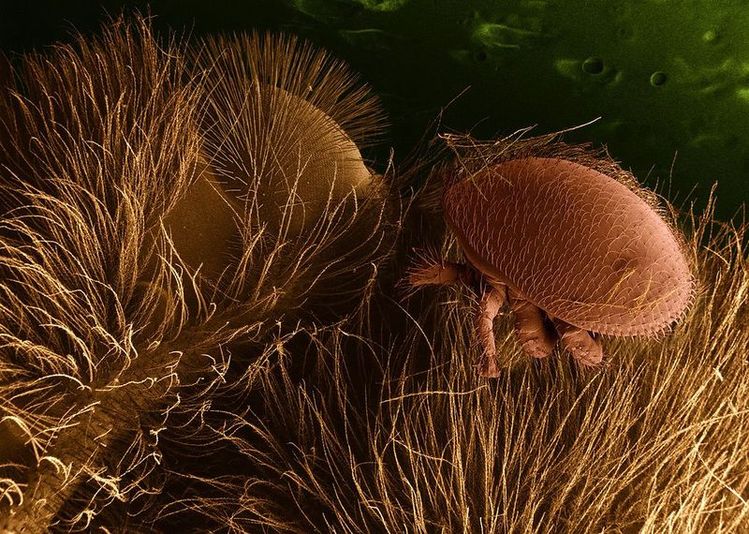 Varroa mite, is a scourge of honeybees across the globe. Upon infiltrating a colony, the mites latch on to bees, sucking their hemolymph (essentially blood) and spreading the diseases they carry. According to the USDA, 42 percent of commercial hives in the U.S. were infested in summer 2017, and 40 percent of beekeepers said the parasite seriously harmed their colonies. By comparison, only 13 percent reported harm from pesticides.

Chemical compounds exist to combat the parasites but they are outdated and growing increasingly ineffective, the researchers write, adding that no new active compounds have been registered in the last 25 years.

The dearth of options prompted scientists at The Hebrew University of Jerusalem to experiment with a technique called RNA interference. In their study, they fed bees double-stranded RNA via a sugar solution to knockout vital genes in Varroamites. The mites ingested the lethal RNA via bees' hemolymph and subsequently died.

Inspired by those results, the German researchers sought to replicate them by repeating the experiment with slightly tweaked methods. Indeed, mites infesting bees that were fed sugar water with the designed RNA rapidly died, but so did mites in a control group given another RNA that should have been ineffective. The astonishing results prompted the researchers to suspect that the lithium chlorideused to produce the RNA – and thus present in the sugar water – was actually killing the parasites. A battery of subsequent examinations confirmed their hypothesis. According to the researchers, lithium chloride could be put to use very quickly as it is easily applied via feeding, will not accumulate in beeswax, has a low toxicity for mammals, and is reasonably priced. However, wider studies on free-flying colonies testing long-term side effects are required first, as well as analyses of potential residues in honey.

Francis Ratnieks, a Professor of Apiculture at the University of Sussex, expressed skepticism about the new finding.

"We can kill 97% of the Varroa in a brood less hive with a single application of oxalic acid, which takes five minutes to apply and is already registered and being used by beekeepers," he told RCScience via email. "I think it will be difficult in practice to apply lithium salts to colonies to kill varroa and get the same level of control... There are also the wider issues of registration and potential contamination of the honey with a product that would not normally be there."

It should be noted that studies have shown oxalic acid to be inconsistent at managing mites during the summer months as well as in colonies with capped broods.

Regardless, the Hohenheim researchers are pressing forward. They're already speaking with companies to get a lithium chloride treatment refined, approved, and in the hands of beekeepers.

"Lithium chloride has potential as an effective and easy-to-apply treatment for artificial and natural swarms and particularly for the huge number of package bees used for pollination in the United States," they conclude.

*Article updated 1/15 to include Professor Ratnieks' statement and to include information about oxalic acid.